Sorted by: Date Posted | Views
view the latest news articles
ANDREW ORLOWSKI CLIMATEGATE
UK Physicists on Climategate by Andrew Orlowski, The Register
Tuesday, March 2nd 2010, 12:17 AM EST
Co2sceptic (Site Admin)
The body representing 36,000 UK physicists has called for a wider enquiry into the Climategate affair, saying it raises issues of scientific corruption. The Institute of Physics doesn’t pull any punches in the submission, one of around 50 presented to the Commons Select Committee enquiry into the Climategate archive. The committee holds its only oral hearing later today.

The IOP says the enquiry should be broadened to examine possible "departure from objective scientific practice, for example, manipulation of the publication and peer review system or allowing pre-formed conclusions to override scientific objectivity."

It deplores the climate scientists’ "intolerance to challenge" and the "suppression of proxy results for recent decades that do not agree with contemporary instrumental temperature measurements."

The physics institute observes that "unless the disclosed emails are proved to be forgeries or adaptations, worrying implications arise for the integrity of scientific research in this field and for the credibility of the scientific method as practised in this context". More here.

Snow fell as the House of Commons debated Global Warming yesterday - the first October fall in the metropolis since 1922. The Mother of Parliaments was discussing the Mother of All Bills for the last time, in a marathon six hour session.[

Also updated below with weather story
THIS ARTICLE CONTINUES 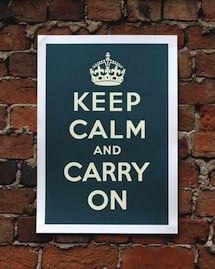 To the dismay of its sole scientific member, the House of Commons Select Committee on Science has come to the aid of the University of East Anglia's Climatic Research Unit - the department at the centre of the Climategate scandal - giving the boffins and the institution a gentle ticking off.

Phil Willis, head of the committee, said it was outside the remit of the committee to examine "the science". He concluded the affair was a product of the scientists' own making, but recommended that Jones return to his post as Director of CRU.

"His actions were in line with common practice in the climate science community," the report concludes.

In doing so, it's considerably more charitable than some leading environmental campaigners. George Monbiot called for CRU Director Phil Jones to resign, while James 'Gaia' Lovelock said he was 'disgusted' by the behaviour revealed in the Climategate archive, and predicted it may be years before CRU could restore its reputation.

However, the only MP on the committee with a scientific background, chemist Graham Stringer, said that by doing so the committee had gone too far. Indeed, it is not clear that MPs have attempted to read the emails in the archive themselves, merely excerpts presented to them by critics

Exclusive The peer leading the second Climategate enquiry at the University of East Anglia serves as a director of one of the most powerful environmental networks in the world, according to Companies House documents - and has failed to declare it.

Lord Oxburgh, a geologist by training and the former scientific advisor to the Ministry of Defence, was appointed to lead the enquiry into the scientific aspects of the Climategate scandal on Monday. But Oxburgh is also a director of GLOBE, the Global Legislators Organisation for a Balanced Environment.

GLOBE may be too obscure to merit its own Wikipedia entry, but that belies its wealth and influence. It funds meetings for parliamentarians worldwide with an interest in climate change, and prior to the Copenhagen Summit GLOBE issued guidelines (pdf) for legislators. Little expense is spared: in one year alone, one peer - Lord Michael Jay of Ewelme - enjoyed seven club class flights and hotel accommodation, at GLOBE's expense. There's no greater love a Parliamentarian can give to the global warming cause. And in return, Globe lists Oxburgh as one of 23 key legislators.

On my way to a climate conference yesterday, I wondered what £6m worth of TV advertising might look like if it climate sceptics dominated the political and media elites, rather than environmental activists. This campaign would obviously be targeted at the small minority of people who think that their lifestyles affect the climate.

Perhaps creatives could come up with a 'Numptie' Family - who run around the house turning off lights, spend hours doing recycling, demand to eat vegetarian food, and send back their energy bills because they're not high enough. The message would be don't waste your time on pointless activities. The tag line could "Don't be a Numptie".

I expect that this would become a national sensation, (but perhaps not with Guardian readers,) and possibly even generate spin-offs. It would surely draw fewer complaints than the current £6m "behaviour change" campaign featuring the drowning cartoon dog.
Source Link: theregister.co.uk
THIS ARTICLE CONTINUES

Last week a UK tribunal ruled that belief in manmade global warming had the same status as a religious conviction, such as transubstantiation. True believers in the hypothesis will need mountains of faith in the years ahead.

The New Scientist has given weight to the prediction that the planet is in for a cool 20 years - defying the computer models and contemporary climate theory. It’s “bad timing”, admits the magazine’s environmental correspondent, Fred Pearce.

Mojib Latif of the Leibniz Institute of Marine Sciences at Kiel University, quoted by the magazine, attributes much of the recent warming to naturally occurring ocean cycles. Scientific study of the periodic ocean climate variability is in its infancy; for example the PDO or Pacific Decadal Oscillation, was only described in the late 1990s. It’s the Leibniz team which predicted a forthcoming cooling earlier this year - causing a bullying outbreak at the BBC.

“We have to ask the nasty questions ourselves or other people will do it,” Latif told the magazine.
Source Link: theregister.co.uk
THIS ARTICLE CONTINUES

Print Article
views 1,802
ANDREW ORLOWSKI
Now IPCC hurricane data is questioned by Andrew Orlowski, The Register
Monday, February 15th 2010, 11:33 PM EST
Co2sceptic (Site Admin)
More trouble looms for the IPCC. The body may need to revise statements made in its Fourth Assessment Report on hurricanes and global warming. A statistical analysis of the raw data shows that the claims that global hurricane activity has increased cannot be supported.

Les Hatton once fixed weather models at the Met Office. Having studied Maths at Cambridge, he completed his PhD as metereologist: his PhD was the study of tornadoes and waterspouts. He's a fellow of the Royal Meterological Society, currently teaches at the University of Kingston, and is well known in the software engineering community - his studies include critical systems analysis.