Print Article
views 6,036
ANTHONY WATTS JOE DALEO HEADLINE STORY
MUST READ: Surface Temperature Records: Policy Driven Deception by Anthony Watts and Joe D'Aleo from SPPI
Wednesday, January 27th 2010, 5:55 AM EST
Co2sceptic (Site Admin)
Authors veteran meteorologists Joe D’Aleo and Anthony Watts analyzed temperature records from all around the world for a major SPPI paper, Surface Temperature Records – Policy-driven Deception? The startling conclusion that we cannot tell whether there was any significant “global warming” at all in the 20th century is based on numerous astonishing examples of manipulation and exaggeration of the true level and rate of “global warming”.

That is to say, leading meteorological institutions in the USA and around the world have so systematically tampered with instrumental temperature data that it cannot be safely said that there has been any significant net “global warming” in the 20th century.

The global data bases have serious problems that render them useless for determining accurate long term temperature trends. Especially since most of the issues produce a warm bias in the data.

The Climategate whistleblower proved what those of us dealing with data for decades already knew. The data was degrading and was being manipulated. The IPCC and their supported scientists have worked to remove the pesky Medieval Warm Period, the Little Ice Age, and the period emailer Tom Wigley referred to as the “warm 1940s blip.” They have also worked to pump up the recent warm cycle that ended in 2001.

Print Article
views 3,206
JOE DALEO CLIMATEGATE
Climategate: Something’s Rotten in Denmark … and East Anglia, Asheville, and New York City (PJM Exclusive) by Joe D'Aleo
Thursday, December 17th 2009, 2:06 AM EST
Co2sceptic (Site Admin)
The familiar phrase was spoken by Marcellus in Shakespeare’s Hamlet — first performed around 1600, at the start of the Little Ice Age. “Something is rotten in the state of Denmark” is the exact quote. It recognizes that fish rots from the head down, and it means that all is not well at the top of the political hierarchy. Shakespeare proved to be Nostradamus. Four centuries later — at the start of what could be a new Little Ice Age — the rotting fish is Copenhagen.

The smell in the air may be from the leftover caviar at the banquet tables, or perhaps from the exhaust of 140 private jets and 1200 limousines commissioned by the attendees when they discovered there was to be no global warming evident in Copenhagen. (In fact, the cold will deepen and give way to snow before they leave, an extension of the Gore Effect.)

But the metaphorical stench comes from the well-financed bad science and bad policy, promulgated by the UN, and the complicity of the so-called world leaders, thinking of themselves as modern-day King Canutes (the Viking king of Denmark, England, and Norway — who ironically ruled during the Medieval Warm Period this very group has tried to deny). His flatterers thought his powers “so great, he could command the tides of the sea to go back.”

Unlike the warmists and the compliant media, Canute knew otherwise, and indeed the tide kept rising. Nature will do what nature always did — change.

The long term global temperature trends have been shown by numerous peer review papers to be exaggerated by 30%, 50% and in some cases much more by issues such as urbanization, land use changes, bad siting, bad instrumentation, and ocean measurement techniques that changed over time.
Source Link: icecap.us
THIS ARTICLE CONTINUES

Print Article
views 2,009
JOE DALEO
State by State, Selling the Lie by Joseph D’Aleo, Fellow of the American Meteorological Society
Tuesday, September 22nd 2009, 2:31 AM EDT
Co2sceptic (Site Admin)
As part of a well planned and executed plan to convince the public agout global warming and get state climate action plans approved, keep the grant gravy train rolling through the university systems, and get government legislation or carbon control legislation approved that will benefit Wall Street and the government at our expense, reports are being dribbled out state by state warning of a ridiculously warm and severe climate future. They are based on the same climate models which have failed miserably in the first decade showing strong warming while the globe cooled, sea levels accelerating up while they have stopped rising and heat records increasing in frequency while we have had fewer heat records in any decade since the 1800s, and disappearing snow while all time snow records occurred in the last two years. But don’t confuse the issue with facts. These reports are timed to affect the decisions made by congress w/r to Cap-and Tax.

Dr. Anthony Lupo reported on one such story in Missouri last month here. He starts “In late July, a document was released by the Union of Concerned Scientists (UCS) regarding the kind of future that Missouri faces as a result of global warming. This is part of a series of reports they’ve issued about climate change in the Midwest. Global warming is an issue that has gained more attention than usual within the last year, culminating in the late June passage by the US House of Representatives of the Waxman - Markey Clean Energy and Security Act. This has stimulated debate about combating climate change.
Source Link: icecap.us
THIS ARTICLE CONTINUES

D'Aleo comments on the National Oceanic and Atmospheric Administration's (NOAA) claim that global sea-surface temperatures (SST's) were recently the hottest since 1880.

D'Aleo comments on NOAA's claim of 'record' sea surface temps: To enable them to make the case the oceans are warming, NOAA chose to remove satellite input into their global ocean estimation and not make any attempt to operationally use NASA's Argo data in the process. This resulted in a jump of 0.2C or more and 'a new ocean warmth record' in July. ARGO tells us this is another example of NOAA's inexplicable decision to corrupt data to support political agendas.
Source Link: climatedepot.com
THIS ARTICLE CONTINUES

Print Article
views 1,605
JOE DALEO
Newsweek’s Begley Flunks Calculus, Science and Politics by Joe D'Aleo
Wednesday, September 16th 2009, 2:44 AM EDT
Co2sceptic (Site Admin)
Sharon Begley, after a five-year stint at the Wall Street Journal returned to greener pastures at Newsweek in 2007, where she started her career. It was just in time to take part in Newsweek’s embarrassing August 13, 2007 issue “Global Warming is a Hoax” edition.

The cover story entitled, “The Truth About Denial” contained very little that could be considered ‘truth” by journalistic or scientific standards. In what could surely be considered one of the most one-sided coverage of any important issue in American journalism for decades, Sharon Begley with Eve Conant, Sam Stein, Eleanor Clift and Matthew Philips purported to examine the “well-coordinated, well-funded campaign by contrarian scientists, free-market think tanks and industry that they… created a paralyzing fog of doubt around climate change.”

The only problem was -- Newsweek knew better. Eve Conant, who interviewed Senator James Inhofe (R-Okla.), the ranking member of the Environment & Public Works Committee, was given all the latest data proving conclusively that it was the proponents of man-made global warming fears that enjoyed a monumental funding advantage over the skeptics (a whopping $50 billion to a paltry $19 million for the skeptics). Newsweek contributing editor Robert J. Samuelson, called the piece "fundamentally misleading" and "highly contrived."
Source Link: energytribune.com
THIS ARTICLE CONTINUES 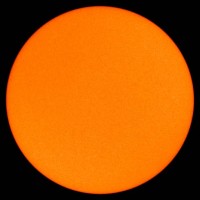 Sunday, August 30th marks the 51st straight day without a sunspot, one of the longest stretches in a century. One more day and we have a spotless month (we had some by some accounts one last August but a few observatories thought they saw a spot on the sun for a few hours one day). It would be either the first or second spotless month since 1913 depending on whether you count last August as spotless.

In fact it rises into 4th place among all spotless periods since 1849 (first table here). Note: It is 5th place if you accept a spotless August 2008 which would have led to a stretch of 52 days. The total number of spotless days this transition from cycle 23 to 24 is now 704, exceeding the number for cycle 15 in the early 1900s (below).
Source Link: icecap.us
THIS ARTICLE CONTINUES