It is almost beyond comprehension that Sen. John Kerry (D-MA) and Sen. Joseph Lieberman (I-CT) will introduce the Cap-and-Trade Act on Wednesday, May 12th, for consideration by the Senate. It is being passed off as a “climate bill” with provisions for more oil drilling, but it is an assault on reality, on science, on common sense, and on any future economic growth of the nation.

The nation’s prisons are filled with men still claiming to be innocent after trials filled with evidence of their guilt. Denial of the truth is their last resort and this metaphor reflects what is happening in the utterly corrupt community of “global warming” liars and their associates in the U.S. government.

Recently 225 “scientists” wrote a letter defending global warming. It was published in the journal “Science”, one of the many such publications that have become as corrupt as those at the center of the global warming scam.

Based on last November’s leaked emails among those most responsible for the data at the heart of the global warming scam, it was revealed that the United Nations Intergovernmental Panel on Climate Change had been systematically publishing false climate information and analysis.
Source Link: factsnotfantasy.blogspot.com
THIS ARTICLE CONTINUES

Last December in Copenhagen at the United Nations climate summit, officials and global-warming alarmists seemed confident of their imminent triumph. “There is no doubt in my mind whatsoever that it will yield a success,” proclaimed UN global-warming chief Yvo de Boer just weeks before the conference.

But Copenhagen was not the victory de Boer had been anticipating. In fact, most analysts labeled it a significant setback for the alarmist agenda. And since then, problems for the human-caused warming campaign have only grown. After a series of scandals exposed extreme misconduct (if not criminality) by leading climate scientists and errors surrounding the movement’s theories, pundits began announcing the inevitable collapse of climate hysteria. But the vested interests will not go down without a long, hard fight.
Source Link: thenewamerican.com
THIS ARTICLE CONTINUES

AMSTERDAM (AP) - Top U.N. climate change official Yvo de Boer told The Associated Press on Thursday that he was resigning after nearly four years, a period when governments struggled without success to agree on a new global warming deal.

His departure takes effect July 1, five months before 193 nations are due to reconvene in Mexico for another attempt to reach a binding worldwide accord on controlling greenhouse gases. De Boer's resignation adds to the uncertainty that a full treaty can be finalized there.

De Boer is known to be deeply disappointed with the outcome of the last summit in Copenhagen, which drew 120 world leaders but failed to reach more than a vague promise by several countries to limit carbon emissions - and even that deal fell short of consensus.

Some of you have been asking where Al Gore is these days...Well, he has been found!

Print Article
views 1,759
ALAN CARUBA CARTOON
The New York Times: Desperate, Blatant Lies by Alan Caruba
Monday, January 25th 2010, 5:33 AM EST
Co2sceptic (Site Admin)
Once, very long ago, I used to be “a stringer” for The New York Times. My articles would appear in the New Jersey section and an occasional short book review would make it into the legendary newspaper.

My Father read the The Times more faithfully than an ayatollah reads the Koran or a Hasidim reads the Torah. Little did he know that, during the early years of Stalin’s regime, a Times reporter named Walter Duranty deliberately failed to report the deaths of millions of people in the Ukraine because Soviet communism demanded they obey or die.
THIS ARTICLE CONTINUES

Print Article
views 2,854
YOU COULD NOT MAKE IT UP HEADLINE STORY CARTOON
You Could Not Make It Up: UN wrongly linked global warming to natural disasters
Saturday, January 23rd 2010, 7:12 PM EST
Co2sceptic (Site Admin)
THE United Nations climate science panel faces new controversy for wrongly linking global warming to an increase in the number and severity of natural disasters such as hurricanes and floods.

It based the claims on an unpublished report that had not been subjected to routine scientific scrutiny — and ignored warnings from scientific advisers that the evidence supporting the link too weak. The report's own authors later withdrew the claim because they felt the evidence was not strong enough.

The claim by the Intergovernmental Panel on Climate Change (IPCC), that global warming is already affecting the severity and frequency of global disasters, has since become embedded in political and public debate. It was central to discussions at last month's Copenhagen climate summit, including a demand by developing countries for compensation of $100 billion (£62 billion) from the rich nations blamed for creating the most emissions.

Ed Miliband, the energy and climate change minister, has suggested British and overseas floods — such as those in Bangladesh in 2007 — could be linked to global warming. Barack Obama, the US president, said last autumn: "More powerful storms and floods threaten every continent." 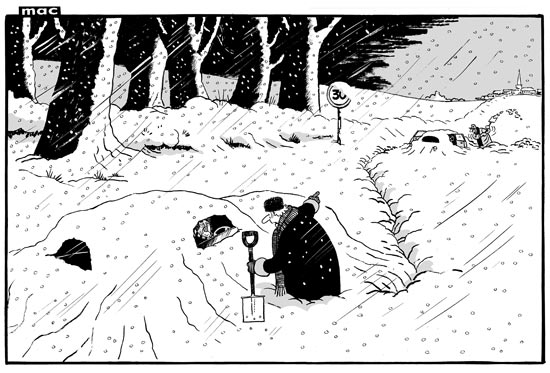